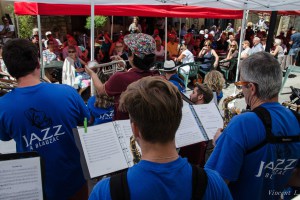 To entertain you at the entrance to the festival and bar 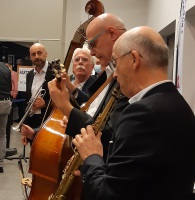 Jazz from the 30's to today 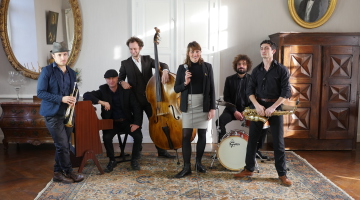 The quintet Madame Léon takes us from the Jazz of the 30's to today, from the United States to France, passing by Latin America.
A repertoire finely rearranged by these famous musicians from the stage in Toulouse, with a singer that will surprise you by her mesmerising, soft and powerful voice.

NIKKI, alias Nicolle Rochelle, is an American singer and dancer who played the role of Josephine Baker iin Jerome Savary’s musical theater production «Looking for Josephine : New Orleans Forever», in Paris and countries all over Europe. Also an accomplished actress, she has appeared in many different theatrical productions, television shows, and film such as ‘The Cosby Show’ and ‘Fame’ on Broadway.

JULES, alias Julien Brunetaud, is a pianist, singer, and composer who has received multiple awards: the France Blues Trophy, the Hot Club of France, and the International Blues Challenge in Memphis. He has recorded and produced numerous discs from New Orleans to Paris, played music in many continents around the world, and accompanied a number of renowned artists such as BB King and Chuck Berry.

NIKKI & JULES take us into a universe with a mixed heritage strongly anchored in the Blues and influenced by Jazz, delivering an energetic repertoire inspired from many styles. Mixing their own original compositions with remixed covers, rhythmic dance melds into harmonies and the experience feels like a voyage within time.